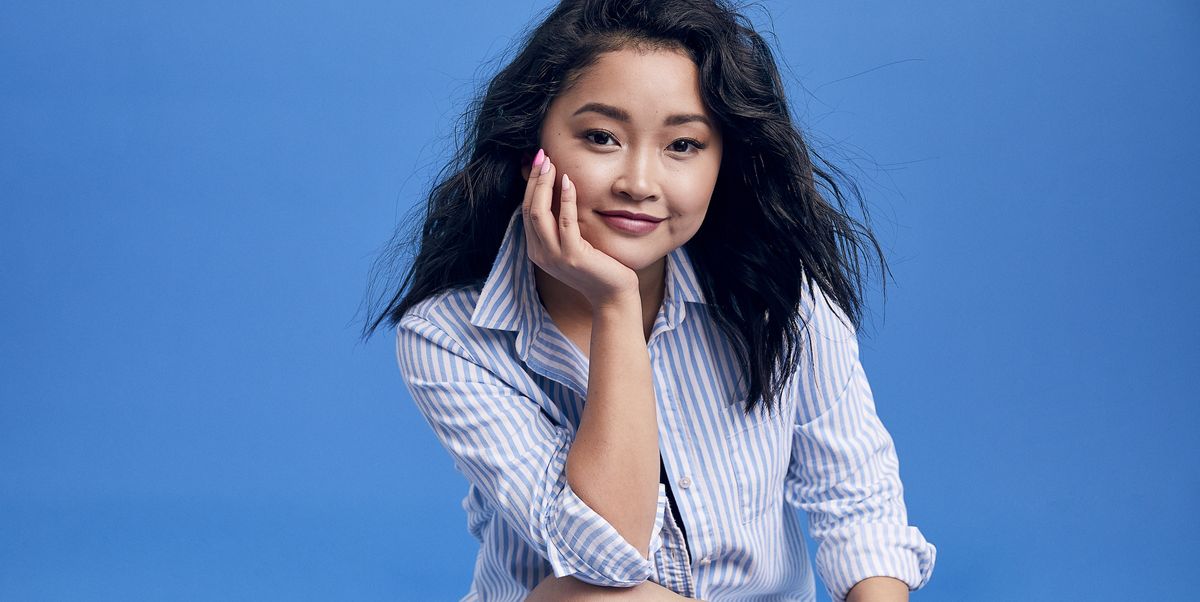 Lana Condor is not Lara Jean Covey. She might share the same face, voice, and (platonic) love for Noah Centineo, but she stays true to herself. With the bubbly energy of the child star she isn’t, her contagious positivity is instantly reassuring—and she’s generous to a fault. She really wants to talk about her love of food, and offers to cook you a three-course meal if you’re hungry. When I meet her at American Eagle’s headquarters in New York City, she’s finishing a slice of pizza and bear-hugs me, a stranger, still chewing Margherita. It’s no wonder the world is obsessed with her, and now, she’s joining forces with Aerie as one of the brand’s new Role Models.

Adopted from Vietnam and raised in Chicago, the 22-year-old actress joined Asia Foundation to help girls in her native country get the education they deserve. From scholarships to uniforms to food, she’s supporting a generation of children from the very same village in which she was born. Between her empowering work—which warranted a meeting with Michelle Obama—and her unparalleled optimism that captured Netflix hearts worldwide, saying young women look up to her is almost an understatement. Condor and her fellow Role Models, which include gymnast and advocate Aly Raisman and sustainability activist Manuela Barón, are supporting the brand’s initiative to award $400,000 in grants to support twenty customers who are leading change in their own communities.

I chatted with Condor to learn how she grapples with negativity, her on-set Hot Ones battle with Centineo, and the sweetest gesture her IRL boyfriend does for her daily.

What does a role model look like to you?

The women who I’ve looked up to are the women who I’d be standing in line with getting a coffee. That’s relatable, at least for me. Also, women who aren’t afraid to speak their truth and take up space, and who are kind, against all odds. It’s really easy to be mean, but it’s a lot harder to be kind.

It’s really easy to give into negativity. How do you combat the noise and pressure that social media often presents?

I’m optimistic to a fault, but you’ve got to fight. You’ve got to be like, “No, I’m not going to listen to that voice in the back of my head that’s saying mean things or telling me to be someone I’m not.” Talk to yourself like you’re talking to your best friend. You would never say the mean things you say to yourself to your girlfriend. Not ever! So I try every day to be gentle with myself. You have to check in with yourself and be like, “No, this is what makes me tick.” I like pizza. I’m a weirdo. I roll my eyes, because I think it’s fun, but that’s okay. And I like that about myself.

And that’s what’s so awesome about Aerie. They’re promoting that now: “Be yourself. Celebrate it. We’ll celebrate you so that maybe you’ll learn to celebrate yourself.”

You had a huge year in fashion. How would you describe your style?

Oh God, I dressed up more this year than I ever have! I don’t care what movie I’m doing or whatever I’m doing in my every day life, I will be comfortable. I live in sweats, I live in sweaters, I actually wear all of Aerie’s stuff.

But in terms of red carpet, I’m pretty conservative. I don’t do a lot of cutout pieces, mainly because I’m trying to be comfortable. You’re sitting in a cutout and you’re like, ‘Ow!’ So I love big shoulders. I love collars. I will go short though, because I love my legs. I’m like, “My legs are great.” I’m trying to find that balance [between] playing with feminine florals and beautiful pastels because I know that’s so similar to the movie, but there’s a really big side of me that loves blazers and menswear and more edgy stuff. I’m trying to find that perfect balance.

With your character in To All the Boys I’ve Loved Before, people automatically associate you with Lara Jean and assume you’re just like her: super wholesome. Are you?

I’ve spent so much time with Lara Jean. She’s such a huge part of my life, so it’s inevitable that parts of her will sink into Lana as a human. I believe I’m much louder. I’m way more talkative than she is, that’s the main difference. In the sequel she’s trying to find her voice, but it’s through trial and error.

What is your favorite memory from filming To All the Boys 2?

There was this one day on set where Noah and I were hanging out and I was bored and we were tired, so I was like, ‘Let’s do a hot sauce-eating competition. Who can take the most hot sauce and not cry?’ It was instant regret. We got called to set and I’m crying and I can’t breathe.

Do you have any experience with an IRL love triangle?

I don’t think so. You know, in high school I went to a private, all-girls Catholic school and I didn’t ever go out on weekends. The boys’ schools didn’t really have any interest in me, so I [didn’t] really have a love triangle, much less anyone… Like literally, no one!

What’s the weirdest thing you’ve done for a crush?

I pretty much stalked my boyfriend at a party when I met him. My now-boyfriend, so the stalking worked. But I followed him with my eyes, and then as we were leaving the party I turned around and I did this annoying look to get his attention, and then I was like, “Wait, can I get your number real quick because I thought of a joke and then I forgot it, but I know I’m going to think about it later so I want to tell you it.”