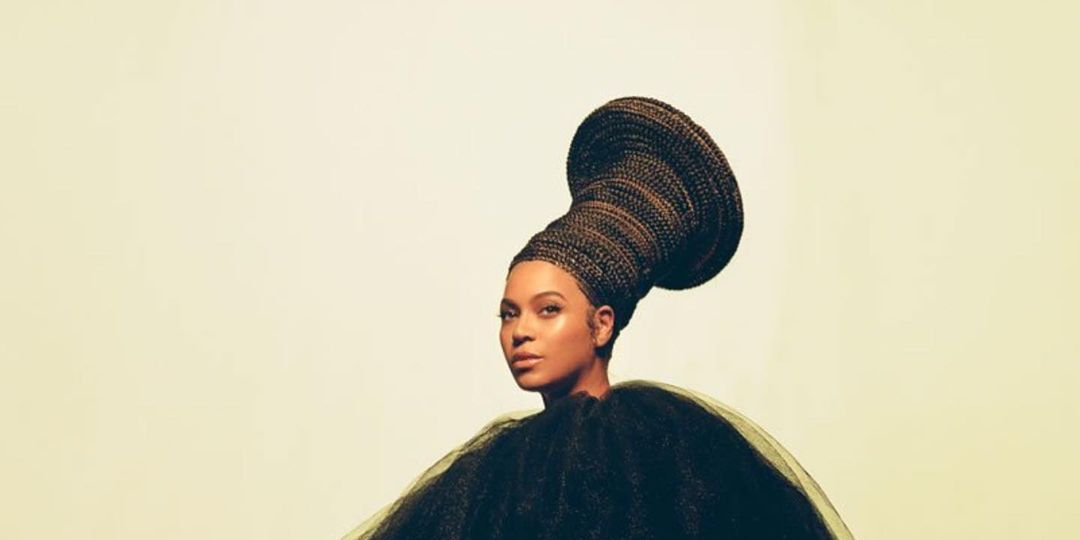 Exactly one week before the 2020 presidential election, Lizzo wanted everyone to know that the last time we were on such a precipice, in 2016, a good portion of America’s eligible voting population did not cast a ballot. The message was particularly clear because the statistic sat atop her head: the numeral 40 and a percent symbol, sculpted with wire and hair. “How can this country be 100% that bitch if we’re missing 40% of our eligible voters?!?” the musician asked in an all-caps caption below the Instagram image. Record turnout (with at least some credit to the post) followed.

Lizzo’s call-to-action coiffure, created by her longtime hairstylist Shelby Swain, was far from a one-off moment in Black beauty culture. In recent years, Black creatives have turned to sculpted hair art to speak to current issues and movements. One notable artist—the Ivory Coast–based Laetitia Ky—has taken Instagram by storm with expansive loc sculptures that extend into Kara Walker–esque scenes atop her head. A sculpture speaking to abortion rights features a towering hair uterus with middle fingers extending out from fallopian tubes. Another Ky masterpiece features the BLM raised fist. “I was just doing it for fun and for the aesthetic,” Ky says. “But as soon as I realized that what I was doing had an impact on people, especially on women’s self-confidence, I started to address more serious topics.”

Beyoncé’s 2020 visual album, Black Is King, serves as a reminder of hair art’s ancient roots in the African diaspora. In one scene, the singer dons a braided crown inspired by the Mangbetu people’s Lipombo tradition, which aims to elongate the skull as a sign of power, prestige, and beauty. Braids are sculpted with organic materials and woven to create a look that flares out toward the sky. “This was not just me coming up with hairstyles for the movie,” says Beyoncé’s hairstylist Neal Farinah, who hails from Trinidad and has worked with the pop star on all of her world tours. “[I wanted] to tell stories about what Black hair means. I wanted people to acknowledge that Black hair is just as beautiful as any hair texture. And it can be transformed any way you want it.”

Swain says that symbolic messages abound in her work, whether she’s helping Lizzo get out the vote or getting celebs ready for the red carpet. “I gave Zendaya faux locs for the Oscars [in 2015],” she says. “I want Black hair to be represented in the rooms where Black hair wouldn’t necessarily be seen.”

Navigating the intersection of hair and politics has been a long-fought battle for Black women. The CROWN Act, a bill to end race-based hair discrimination in workplaces and schools (which, alarmingly, wasn’t yet law) has passed in seven states and the U.S. House of Representatives and is currently in front of the U.S. Senate. “As Black people, we’ve been confined,” says Swain (who also created Lizzo’s red braids in her now Insta-famous video bidding “Bye Bitch 2020” to the forty-fifth president from a WaveRunner). “We’ve been told we can’t do X, Y, Z to our hair. But you’re just going to have to roll with it… We don’t need to change ourselves just to be appropriate to what [the mainstream] feels like appropriate should be.”

EARTH & SKY #24 2016 BY LORNA SIMPSON. Simpson is a Brooklyn-born African American Artist whose collage art, photography, and sculptures explore race and gender. The language and nuance of black women’s hair is a theme through some of her work.

This story first appears in the February 2021 issue of ELLE

GET THE LATEST ISSUE OF ELLE

This content is created and maintained by a third party, and imported onto this page to help users provide their email addresses. You may be able to find more information about this and similar content at piano.io